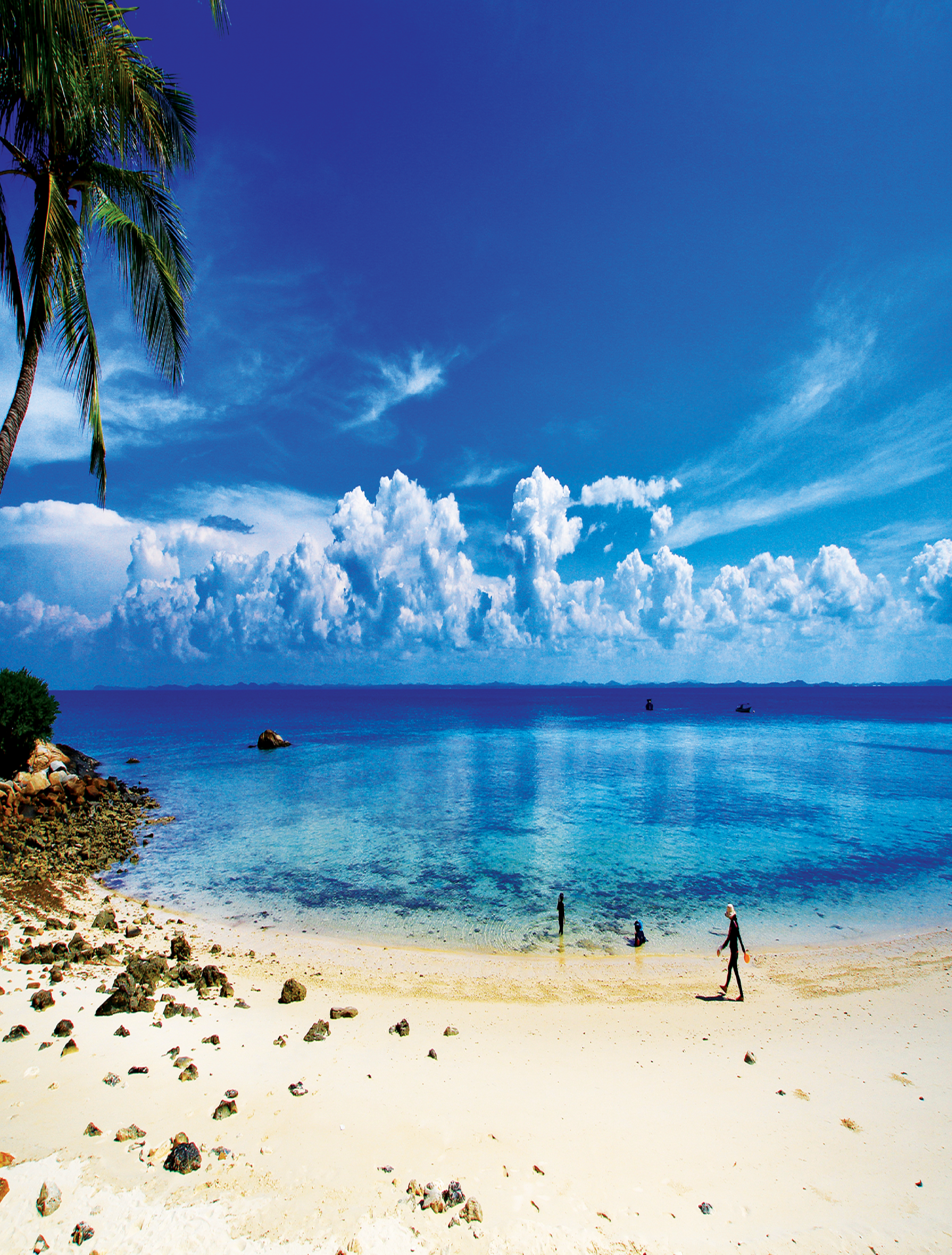 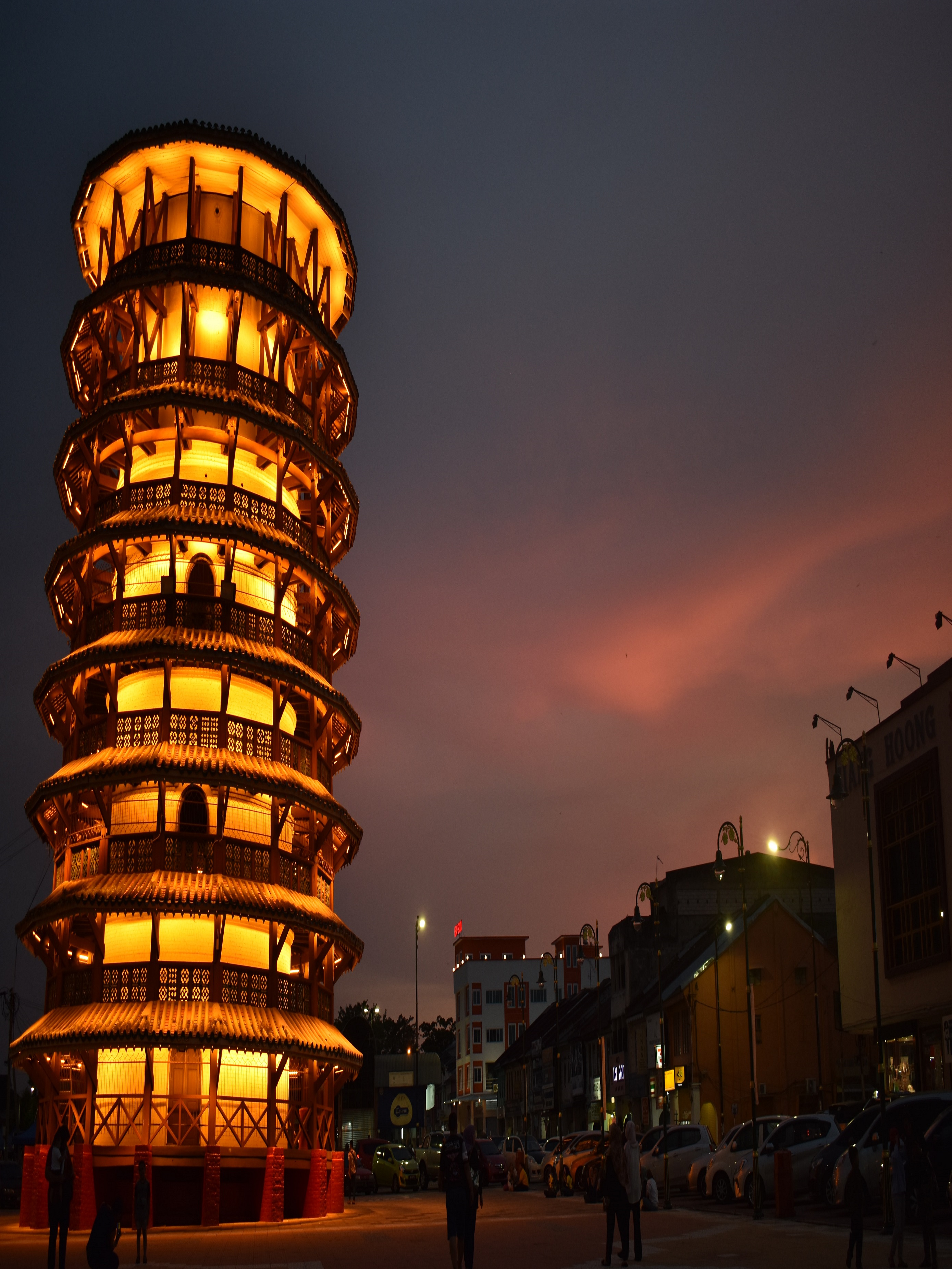 Teluk Intan is a town that’s located on the banks of the magnificent Perak River. People who make the effort to come to Teluk Intan usually make the trip to have a look at the leaning tower and depart. But, there are more heritage buildings and places of interest for lovers of history and they are primarily located in a compact area of the town centre which can easily be visited on foot.

Take Creative Photos At The Leaning Tower of Teluk Intan

The leaning tower is synonymous with Teluk Intan’s name. It was actually built for the purpose of storing water during the drought season in case there was a fire. The tower was designed in 1885, late in the 19th century, under the direction of contractor Leong Choon Chong.

It was claimed, however, by the British, Neol Danison, and then by the Japanese during their occupation of Malaysia in 1941. During this time, the tower became a watchtower. After independence in 1957, the tower became an official national monument. The construction of the pagoda-style was heavily inspired by Chinese architecture since the majority of the population of the town at that time was Chinese. Each floor is 5 metres high and there are a total of 110 steps from the ground floor to the top of the tower. The reason why the tower leans is the soft ground on which it was constructed, as well as the weight of the water in the water tank, which causes it to lean towards the southwest.

Get To Know Your Cranes At Pulau Bangau

Pulau Bangau is home to 16 species of cranes and also tens of thousands of migratory birds. Cranes and other birds such as hawks and eagles return to the island after a late afternoon meal. The island is also home to swamp storks, Little Egret, Cattle Egret and Egret Maigret.

Cranes and numerous other bird species will start returning after a late afternoon meal beginning at 6:30 p.m., but their return to the island movement is also in line with weather conditions. Imagine seeing thousands of birds returning in groups with letter V-like shapes offer a beautiful view, particularly in the sunset atmosphere.

This location is ideal for family and friends, with activities throughout the complex perfect for family days, teambuilding, and gatherings of friends for a BBQ session. Among activities that you can take part in would be ATV, fishing, kayaking, barbecue and cycling. Apart from this, there’s also a petting zoo within the premis. There are also chalets available for those who wish to spend the night.

Bagan Datuk is located in Perak’s southwest area, flanked by the Perak River. This modest fishing neighbourhood is home to a multitude of enthralling experiences, including Malaysia’s very own ‘Sky Mirror’ and the fantasy-like ‘Blue Tears’ phenomena. It is not always talked about, and certainly missed by tourists both international and local alike.

You probably heard of Sasaran, Selangor's Sky Mirror, but did you know that Perak also has its own Sky Mirror? The water levels can get so thin that you could have your reflection of the surface.

Go wild with your imagination as you play with your reflection on this natural mirror exclusive to Bagan Datuk and take unforgettable photos with your friends and family! Make sure you wear some bright and colourful clothes for the best reflective effect.

Shine Bright Like The Sunshine At Sunflower Garden, Bagan Datuk

The perfect place for those who love sunflowers! The sunflower farm in Bagan Datuk is getting more and more tourist coverage. For those who want to take photos of interesting places to visit, this will be the ideal spot for you.

Sunflower Garden Bagan Datuk is not only home to sunflowers, it is also home to fish and ducks. With an adult entrance fee of only RM10 paid, it would be fun to spend some time here.

Bagan Sungai Burong is a small fishing village about 50 kilometres west from Teluk Intan. You can find a myriad seafood restaurants in the area. Some of them are Makanan Laut Kang Kao, Restaurant Tepi Sungai, Bintang Sungai Burung Seafood Restaurant, and many more. Do pay this place a visit on your way back from the sunflower garden.

Apart from the famous leaning tower, Teluk Intan is also known for its lobsters! Here are a few places you could go to D’ Tepian Sungai Restaurant or Restoran Udang Galah Teluk Intan.

The Blue Tears phenomenon that is caused by plankton that allows light when in contact with oxygen has put Pulau Sembilan on the map. This phenomenon can only be witnessed at night, and any wave that falls on the shore lights up with an electric blue glow.

Imagine standing under a dark sky and watching the shores light up in blue like someone just plugged in blue fairy lights. You can experience this at any time of the year, but it is said there are more during June and November.