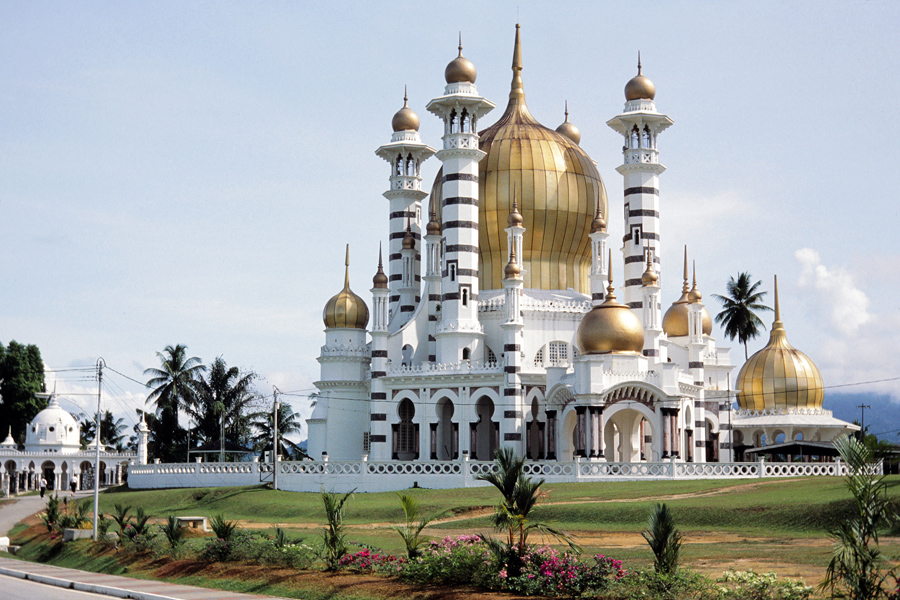 Ipoh is the capital city of Perak is the fourth largest city in Malaysia with more than 750,000 inhabitants. 70 per cent of Ipoh's population is of Chinese origin. This town is also the gateway to Cameron Highlands.

The tin mining boom of the nineteenth century was responsible for the city's rapid development; it was Malaya's second administrative centre under British colonial rule, after Kuala Lumpur. Despite Ipoh's declining economy after independence, the city's colonial significance can still be seen in grand old buildings such as the town hall and railway station, which complement the shophouse rows.

The Lost World of Tambun

The only theme park in Southeast Asia with natural hot springs coupled with an array of attractions and rides. The self-contained wonderland is cocooned by lush tropical jungle, natural hot springs, and breathtaking limestone features. Just a stone’s throw away is the Lost World Hotel, a perfect snooze chamber after a long day of adventure.

Also known as Cave of Supreme Bliss (or Great Happiness) (sometimes spelt as Kek Look Tong) and actually, it seems to offer a feeling of well-being to the many local travellers who regard it as their favourite among the many splendid cave temples of Ipoh. Since the 1920s, the cave has been used as a place of worship, but the area was involved in iron ore mining during the 1960s and parts of the cave were excavated for this practice. It was devoted again to religious purposes when mining ceased and opened up to tourists in the 1970s. The cave floor has been levelled and paved, and many of the lower walls are lined with tiles of marble.

Locals say the lane was founded by mining tycoon Yao Tet Shin for his three wives. Wife Lane, Concubine Lane, and First Concubine Lane were fittingly named for each lane. Whereas another interpretation of the local tale is that it was also the location where their mistresses were concealed by rich men. Today, Concubine Lane is the most famous lane, with a variety of pop-up stalls selling delicious ice balls, flower-shaped cotton candy and more, having been turned into a popular hangout spot.

In Ipoh, Tasik Cermin is a secret gem that you should explore fully! Tasik Cermin is translated as’ Mirror Lake’ and tucked between the several calcareous karst formations associated with the town. If you didn’t know already, the limestone hills have earned the town the nickname ‘Guilin of Malaysia’. Situated in Gunung Rapat, Tasik Cermin is a 20-minute drive from the heart of Ipoh. The neighbouring place used to be an active quarry that, luckily, has minimised its activities. While it is reasonably safe to visit now, you should always be extra cautious and aware of the surroundings when making your way to the lake.

Imagine an entire locality named after snacks! Yes, you read that right. Kacang Puteh is a Malaysian snack that’s loved by everyone of all ages. When you’re in Ipoh you shouldn’t miss this place! Ask anyone they’ll tell you this is the best place where you can get your kacang puteh fix from. It can also be a souvenir you bring back for your family or colleagues.